This blog post examines the strengths and weaknesses of VeloCloud, compares how it stacks up to Cisco’s SD-WAN solutions, VeloCloud alternatives, and examines why we believe our Turnium SD-WAN platform is better suited to service providers than other SD-WAN companies.

Pros and Cons of VeloCloud SD-WAN

VeloCloud was acquired by Dell/VMware in 2017, giving VeloCloud access to a vast installed customer base. On Gartner’s Magic Quadrant for WAN Edge Infrastructure, it sits alongside Silver Peak SD-WAN in the leaders’ quadrant.

VeloCloud offers a range of deployment options for physical or virtual edge devices with optional cloud gateways and orchestration which can be cloud-based, MSP-hosted, or cloud-hosted.

Like other leaders in the Magic Quadrant, VeloCloud lacks native advanced security functionality. Instead, it relies on partner firewalls on its platform or cloud security services. It also lacks WAN optimization and doesn’t provide native support for IPv6, which is increasingly important for IoT deployments.

Today, VeloCloud has some of the largest SD-WAN deployments and a wide range of channel partners selling their solution, including global Network Service Providers, VMware sales channels, and Dell sales channels. With so many channels to market, it’s inevitable that competition between channels will start driving down the price to the end-customer and squeezing the margins available to service providers. And, at the end of a VeloCloud contract, it’s inevitable that multiple Dell/VMWare channels will approach the same customer with renewal offers. 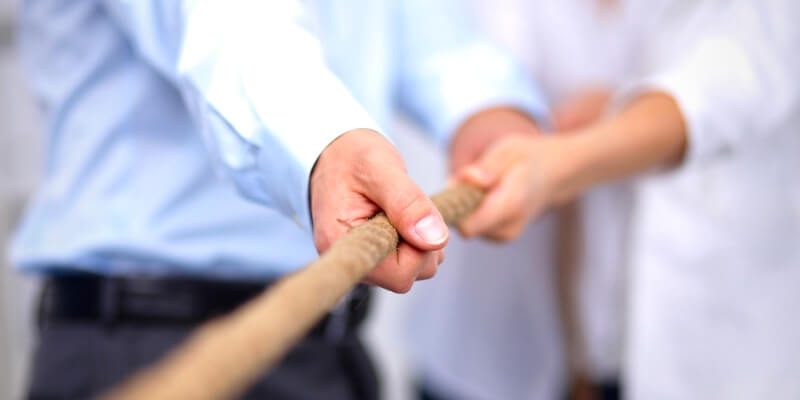 On Gartner’s Magic Quadrant for WAN Edge Infrastructure, Cisco is in the challengers’ quadrant, rather than the leaders’ as it dominates a large market segment with both its Viptela and Meraki solutions but it is not necessarily innovating at the same pace as some of the other vendors in the space.

Cisco acquired Meraki in 2012 and Viptela in 2017. Meraki is a broad platform that encompasses traditional networking, mobile device management (MDM), security cameras, and SD-WAN software whereas Viptela is a pure-play SD-WAN brand.

While VeloCloud dominates in the enterprise space, Cisco plays in several niche areas.

The Meraki SD-WAN platform offers the advantage of a single pane of glass. Yet Meraki link aggregation is not very efficient and failover between circuits can take between 30 seconds and three minutes. Any session-based applications like phone calls, video calls, or session-based web applications will disappear when one of the circuits at a site goes offline delivering a less-than-optimal experience.

The “legacy” Viptela SD-WAN code was recently moved over to the IOS hardware platform to differentiate by providing a converged environment. Gartner reports that this has had limited success and has encountered stability and scale problems. It is complicated and challenging to install. Further, Cisco ISR hardware may need upgrades to support Viptela due to throughput limitations.

As Cisco is traditionally a hardware vendor, both Viptela and Meraki are often sold in the way hardware is sold. This results in a lot of local price competition which makes it difficult for service providers to differentiate their business.

The choice between Cisco and VeloCloud is a choice between two big SD-WAN companies with large portfolios and sales teams. VeloCloud offers the advantage of a large, managed backbone network, while Cisco enables customers who prefer DIY approaches and have the in-house staff that can design, deploy and support.

VeloCloud’s licensing costs can increase dramatically as the bandwidth required at each end-customer site increases. This makes the quoting and sales processes complex and increases customer sticker shock when the final quotes are provided.

Turnium empowers service providers to bring their own privately-branded SD-WAN service to the market instead of selling another vendor’s brand and delivers a business model that is easier for service providers and customers alike.

Turnium is a better fit for service providers that seek to:

Contact an expert today to learn more about the business benefits of Turnium for MSPs.